The Atascosa Health Center, Inc. (AHC) has been awarded again a second year $50,000 grant from the American Cancer Society Change Program. Walgreens provides funding to the American Cancer Society for the purpose of providing breast, cervical and colorectal cancer screenings, education and outreach in high-need communities.  AHC has implemented a colorectal cancer screening protocol that will provide more specific education about colorectal cancer and provide free FIT testing.  All patients, male and female, age of 51-75 will receive a reminder letter and education when he/she arrives for their annual physical.  When the patient returns a completed FIT test, a $10 gift card will be given to the patient.  The grant also supports the ability of AHC to make referrals for positive tests.

Note: Any age person can be tested for colorectal cancer free of charge. 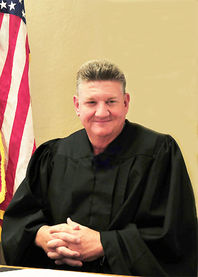 TILDEN – The planned expansion of the McMullen County Community Health Center, which would bring mental health services to the county, could begin before October. The McMullen County Commissioners Court Aug. 15 awarded a $375,000 bid to Suncity Enterprises, LLC. County Judge Jim Teal said after the meeting that work could begin within the next six weeks. A project that also will begin around the same time is construction and maintenance on a 15-mile stretch of Old Fowlerton Road. J. Carrol Weaver Construction was awarded an $891,107 bid to apply a two-course surface treatment aimed at extending the life of the road surface. Additionally, the commissioners approved drainage channel improvements for various locations around Tilden. Teal said the goal is to create ditches around the town that will allow stormwater to more effectively drain toward the Frio River. QMC Services was awarded a $306,751.80 contract to perform this work.
In other business, the commissioners approved:
• An economic development agreement with the McMullen County Emergency Medical Services, $419,000
• Construction of an office for the fire chief inside the McMullen County Volunteer Fire Department, $22,000.
The commissioners also have hired the AUC Group to help them explore creation of a wastewater treatment plant in the Calliham area. Right now, Teal said, all sewage generated in that area is transported by truck for processing in Tilden. The commissioners have set aside $1 million in the budget for the upcoming fiscal year for the sewer plant, as the true cost of the project is yet unknown.
Budget and tax rate
The commissioners are set to hold a public hearing Aug. 29 on the proposed $18,408,473 budget for the 2017-18 fiscal year. The tax rate that would support the budget, if adopted, would be 57 cents per $100 of taxable property value, a rate Teal said has been the same or lower since 2009.
“With the increase of mineral revenue, the tax rate has remained the same or within a few pennies,” he said. “But there is an opportunity to get a lot of these projects done that have never been done before.” The judge added, “We’re making hay when the sun shines.” The budget reflects a reduction in force from 62 employees to 60, which Teal said is related to part-time deputy positions that are not getting filled. It also reflects $139,080 in additional revenue

“Atascosa Health Center, Inc. (AHC) is thrilled to offer the community access to the Outreach, Screening, Assessment and Referral (OSAR) services provided by the Mid-Coast Family Services.  Patrice Woodard, LCDC, has been accepting referrals from our staff and the community since early fall” said Monty Small, AHC CEO.   “Ms. Woodard is an employee of Mid-Coast Family Services and comes to us through their San Antonio branch.  The Texas Department of State Health Services (DSHS) is the primary funder for this outreach service.  The OSAR is the first point of contact for those seeking substance abuse treatment services. Texas residents may qualify for services based on need and are provided care regardless of ability to pay.”
“I am happy to be co-located with AHC.  Rural communities like Atascosa County are not immune to alcohol and substance abuse” said Ms. Woodard.   Ms. Woodard has experience in residential and outpatient facilities for women at Alpha Home located in San Antonio, and working with methadone clients through the San Antonio Treatment-Behavioral Health Group. Mr. Small added: “A recent behavioral health grant opportunity stated that 70 percent of primary care visits stem from behavioral health issues including alcohol and substance abuse.  The AHC estimates that as much as 9 percent of our patient population may have a substance use illness.  Reaching out and supporting integrated behavioral health and primary care is an AHC priority.”
Ms. Woodard is available for appointments or walk-ins Tuesday, Wednesday and Thursday from 8:00 a.m. until 5:00 p.m.  Ms. Woodard is a Licensed Chemical Dependency Counselor (LCDC).  Ms. Woodard can take referrals from any community agency or, an individual can self-refer.  She uses several measures to determine the level of drug and/or alcohol problem an adult or youth may have.  Referral options include individual and family support groups, health and human services agencies, outpatient and/or residential substance abuse treatment.   In addition to individual screening and assessment work, Ms. Woodard has met with other health and human services organizations to encourage their referrals.